Our flock of New Zealand Romney sheep spend the entire year outside grazing grass, herbal leys and forage crops.  This enables us to operate a sustainable and environmentally friendly enterprise that promotes the sheep’s ability to thrive and display natural behaviours and traits.  The Romney sheep was originally farmed in South East England and was exported to New Zealand in the 19th Century.  In the intervening 150 years the breed was refined and improved in New Zealand to build on its’ already tremendous abilities to survive in some of the harshest climates that the UK had to offer to enable it to thrive in New Zealand’s extreme climates.

The New Zealand Romney offers a highly maternal ewe that produce resilient lambs that thrive on grass and forage systems without any additional concentrate food.  The ewes are scanned in February and are then split into groups depending on the expected number of lambs so that they can be targeted with better quality forage for those expecting the most lambs.  The Romney requires little to no assistance with lambing and are therefore all lambed outside in April which enables the ewe to use her instinct and natural behaviour to choose where to have her lambs.  She will keep the lambs in this safe spot for up to a week after they are born before starting to move them with her as she grazes.

The ewes and lambs graze alongside the cattle on permanent grassland and after weaning groups of lambs are mob grazed across grass and herbal leys to promote healthy growth and assist the breed’s natural resistance to worms.  A number of ewe lambs are retained in the flock as breeding ewes and any surplus are sold to other farmers looking to grow their flocks. 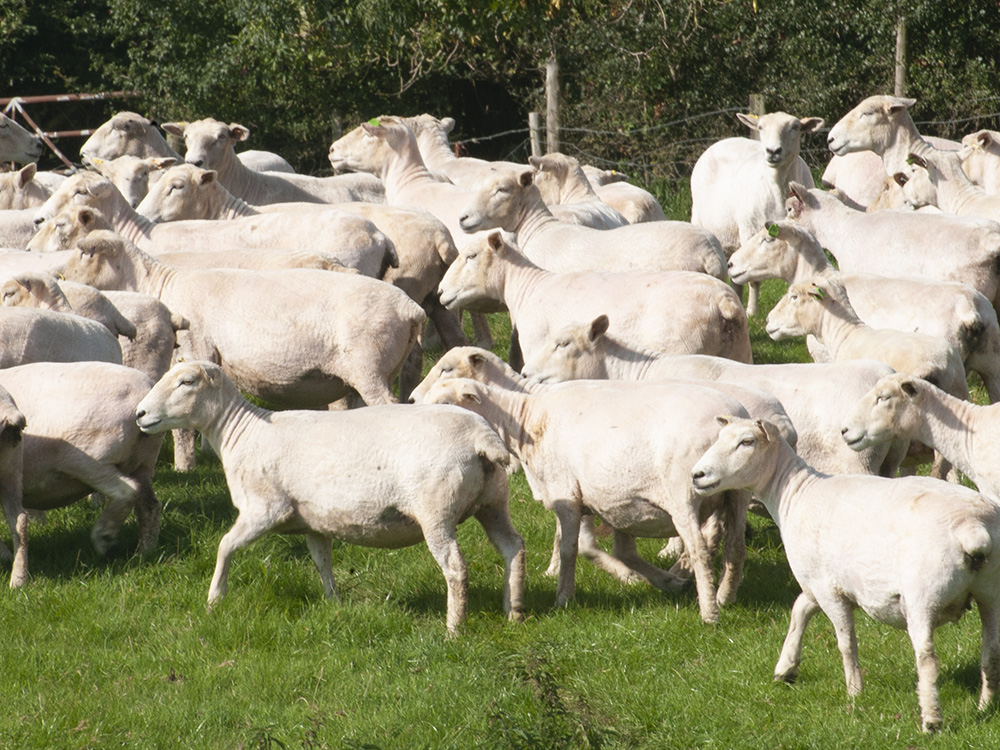